Link to this page

Reclining Nude2
Order a Hand-Painted Reproduction of this Painting

Giovanni Boldini (December 31, 1842 - July 11, 1931) was an Italian genre and portrait painter, belonging to the Parisian school. According to a 1933 article in Time magazine, he was known as the "Master of Swish" because of his flowing style of painting.

Boldini was born in Ferrara, the son of a painter of religious subjects, and went to Florence in 1862 to study painting, meeting there the realist painters known as the Macchiaioli. Their influence is seen in Boldini's landscapes which show his spontaneous response to nature, although it is for his portraits that he became best known. He attained great success in London as a portraitist. From 1872 Boldini lived in Paris, where he became a friend of Edgar Degas. He also became the most fashionable portrait painter in Paris in the late 19th century, with a dashing style of painting which shows some Impressionist influence but which most closely resembles the work of his contemporaries John Singer Sargent and Paul Helleu. He was nominated commissioner of the Italian section of the Paris Exposition in 1889, and received the Legion d'honneur for this appointment. He died in Paris in 1931. (From Wikipedia) 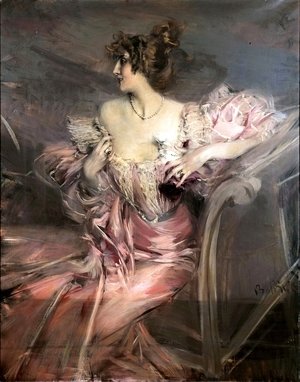 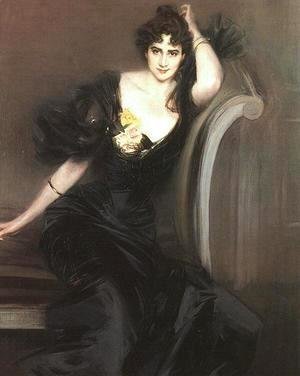 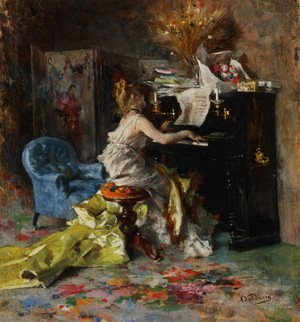 Woman At A Piano 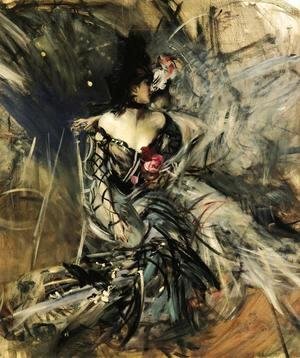 Spanish Dancer at the Moulin Rouge 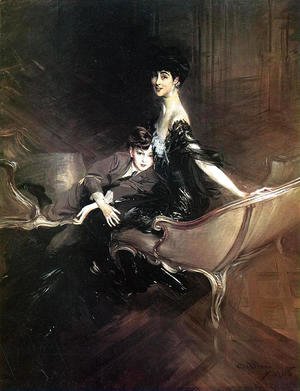 Consuelo Duchess Of Marlborough With Her Son Ivor Spencer Churchill 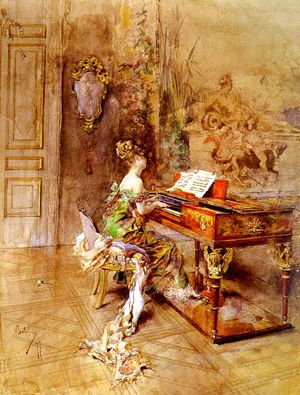 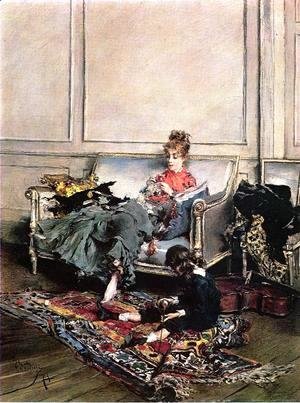 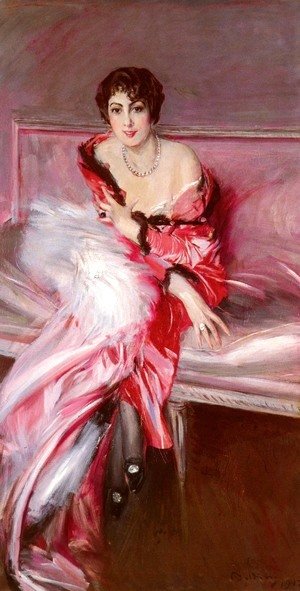 Portrait Of Madame Juillard In Red 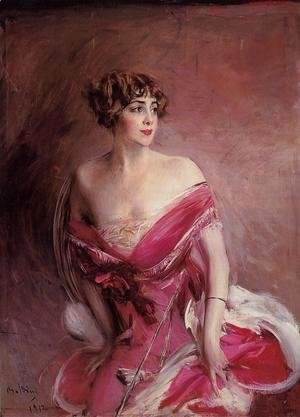 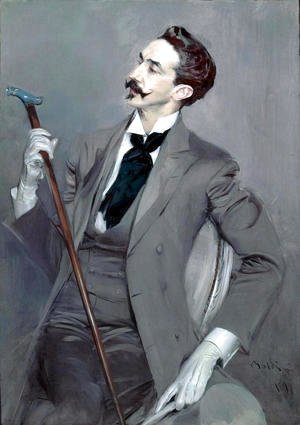 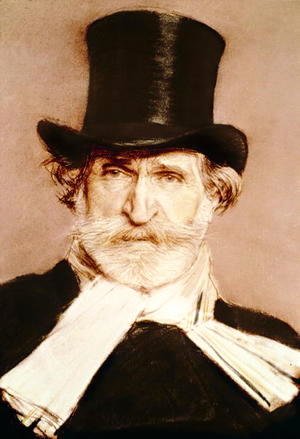 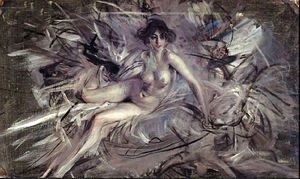 Nude of Young Lady on Couch

Report an error on this page